Many of you know we have been supporting the church in Walakitang and several others along the Rio Coco for the last five years.  Well, today was a special Sunday.  Pastor Victor traveled all the way to Managua along with other Verbo pastors from all over Nicaragua, to be ordained as Elders in the church.  Victor was given charge of five communities along the Rio Coco as an Elder and Pastor with Verbo Church; Walakitang, Lakusta, Sumo Pipi, Linda Vista & Xixiaris.  It was a very powerful service!  There were well over 1,000 people there from all over Nicaragua. Victor is going to return home with more power….amen! 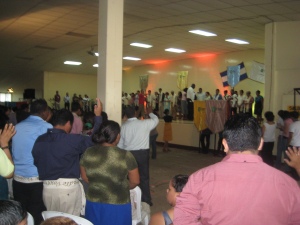 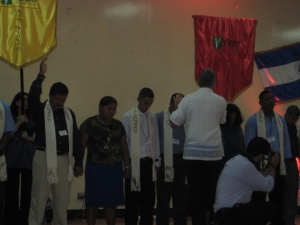 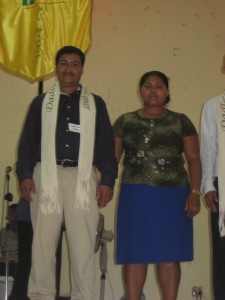 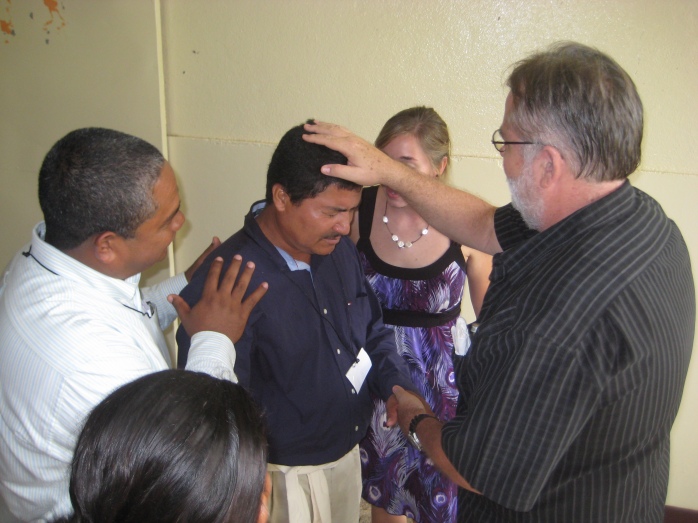 The scarf placed around Victor’s neck read “Dadles vosotros de comer” (You give them something to eat).  It is a verse from Mark 6:37 where Jesus has over 5,000 people gathered around him and they are hungry, his disciples ask him what they should do, and Jesus tells them you give them something to eat.  All were fed that day from a couple loaves of bread and a few fish.  The charge to Victor and to all the others ordained today, was to heed that call from Jesus….to go into action and serve people in Jesus’ name.

Krista and I were at church together with all our kids, and Victor’s wife Damaris and daughter Mirari accompanied him to Managua.  It was really the first time they have met all of our family, so that was an added bonus…even though their other four children were not able to come.  They have big families in Walakitang! 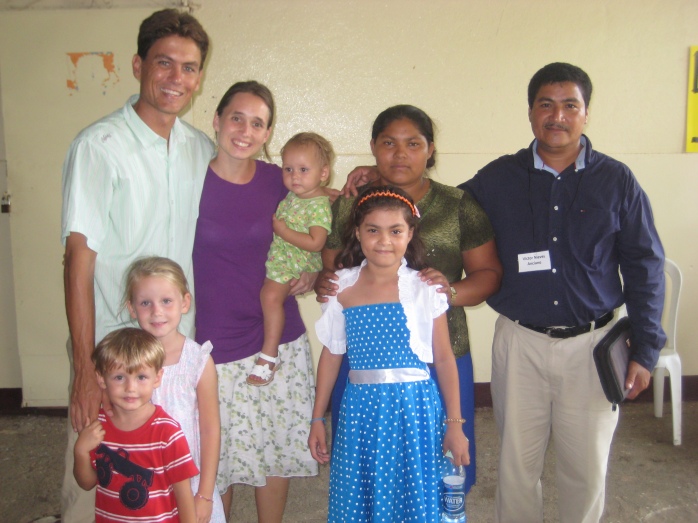 One Comment on “Pastor Victor from Walakitang was ordained today…”