Friday night we celebrated Sophia and Mikeylin’s birthdays at Casa Havilah!  It was lots of fun as always.  Probably the cutest part was when the two girls sat in chairs in the middle and everyone who wanted to, did something special for them.  Jacki shared some sweet words, four of the girls did a dance (two were dressed like clowns), and probably the best was Marcos….he did some break dancing! 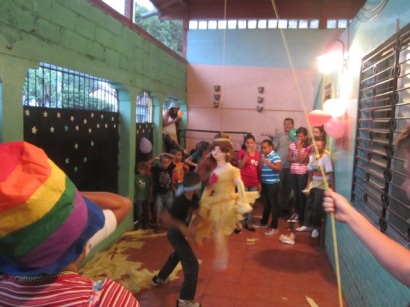 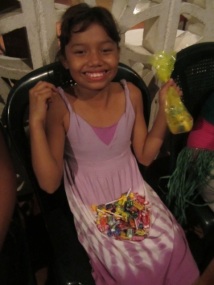 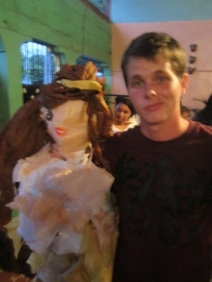 We also had the piñata time, which no party is complete without.  It is also probably the most exciting moment of any party….candy is flying, a kid with a blind fold is swinging a stick, everyone is screaming, and the dog pile on the floor as the candy falls is hysterical….even adults get in on that.  I was joking, “how do you get fifty people on the floor in two seconds?  Answer:  a piñata!” 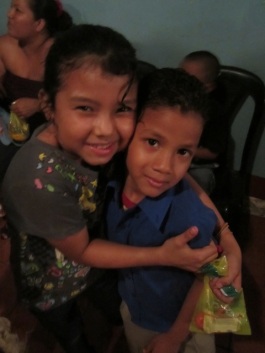 By far the best part of the night was that Angel came to his sister Sophia’s birthday party!  It was a bit of a shock at first, and there were lots of tears seeing him for the first time after so long.  Jenny & Brinson sent his mom and invite, not really expecting her to come…but she did and brought Angel!  It was soooooo good to see him and know he is well.  His mom is still struggling and he is not in school, but he looked good…Praise Jesus!

Here is the funnest part…his mom let him come visit Casa Robles for the weekend!  Krista’s mom was there when they were talking and she said it was the cutest thing watching all the other boys listening in with excitement waiting to see if he could come.  Angelica called later that night and said they were all running around the house with Angel…I know this weekend will be an especially sweet time for Angelica and Yuri.  They basically raised Angel from 2-6 years old.

We have always told his mom that the door is open for Angel at Casa Robles.  Maybe this weekend with be his return.  We can’t say for sure.  But it is so awesome to have him visit!  Please keep praying for lil’ Angelo!!!!  Pray today!  Thank you.