The Ambassador of Taiwan…

We had a special visitor at the school last week.  The Taiwanese Ambassador came and visited the school…..he came with “Santa Clause Nica” and they put together a show for the kids, pizza for everyone, and the Ambassador shared some words.  Krista’s father Michael and Sheyla were talking about how we were a little embarrassed that our Tent Pavillion out back was falling apart and how bad it looked, but Sheyla said it actually was fine.  In fact, she said how the Ambassador even said to her that he has visited lots of schools in Nicaragua that are in better conditions, but what shocked him was the order of Colegio Esperanza, the behavior of the kids and their gratitude.  As you can imagine he couldn’t have given a greater compliment!  That was a great encouragement, and a testament to the staff of the school!  It was a fun time, and of course we weren’t ashamed to snap a picture with the Ambassador either! hahahaha!!! 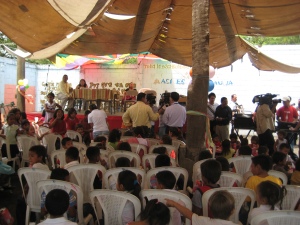 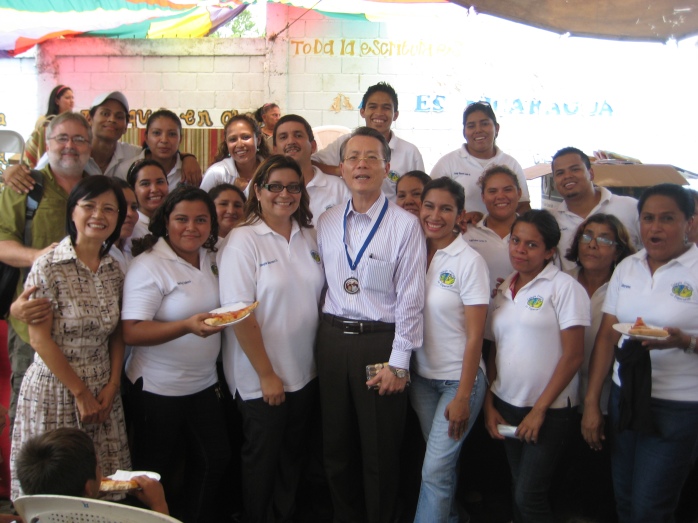