Look at what we found… 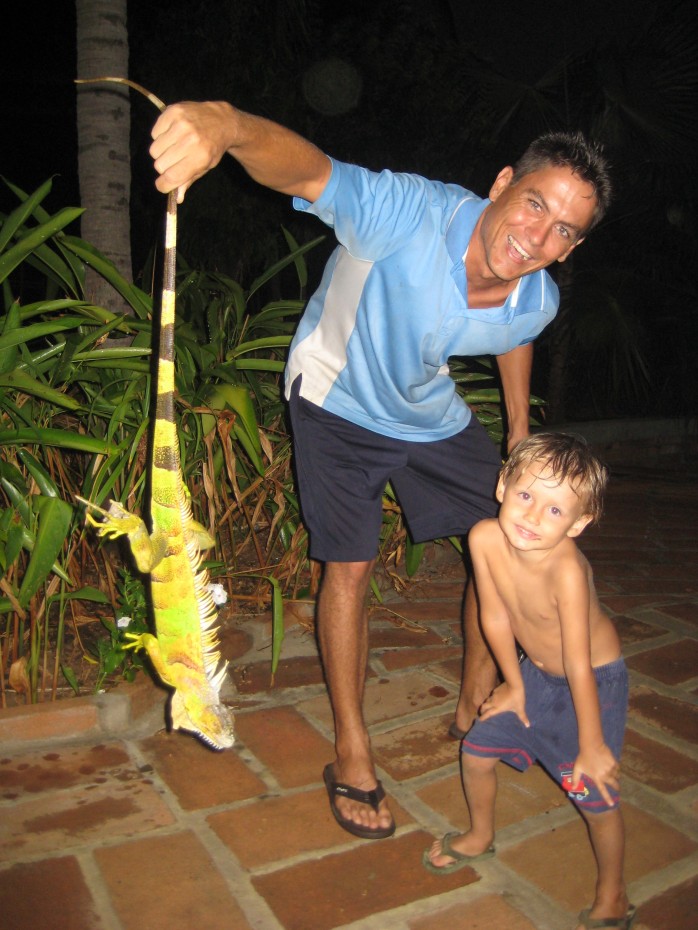 We have tons of iguanas around here, sometime their eggs hatch and a bunch of little ones show up.  But we’ve never found a full grown one on the ground just sitting there not moving….but ALIVE!

We had the first rain of the season here the other day, it was a huge storm over Managua, we just got lots of huge clouds and a little rain over here.  But in Managua there was hail and two tremors to accompany the storm….a little Armageddonish if you ask me!  That is what all the people have been saying.  There hasn’t been hail in like 40 years or something.

Just after the rain we found this guy.  The power was out and we were trying to get it back on.  We looked by a tree and he was just sitting there.  He was alive but not moving.  Once we got the nerve to pick him up he became quite the attraction for all of us.  Mason was really manly….he held it and no one else wanted to.  Oh the crazy things that happen at Quinta Havilah!!! 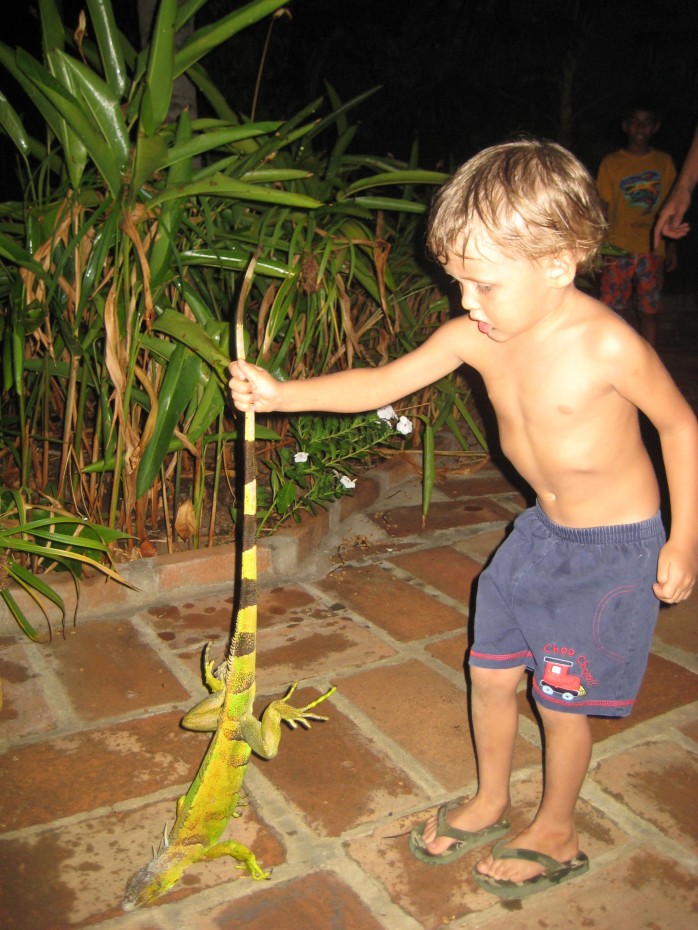 Mason was cracking us all up with how much he wanted to hold the thing…not sure if he was doing a ninja move here to make it go away or pointing it in the direction to run!  We didn’t know what to do with the iguana so we gave the poor guy to our neighbors.  Maybe we will get to visit it later….hopefully sopa wasn’t on their menu last night!