Posted on September 4, 2011 by chachooga

The most dificult thing about our return from Walakitang was getting a phone call that night from Margarita telling us that Alvin, her and Ruby’s brother, had passed away suddenly.  Alvin was a very very strong man of God!  As Ruby was sick towards the end of her life, Alvin would travel to Managua often and stay with her, and we were blessed by that.  He would pray with us whenever we prayed, and would often have spontaneous sermons to share.  He was a good man…a really good man.  Ever since Ruby passed, he came often as possible to be with Margarita and they really loved their time together.

Alvin had just left town to go home to Pearl Lagoon for a little while and when he got home he got sick.  He had some complications from an ulcer and a burst artery in his lungs that took his life rather suddenly.  His hat was still hanging on the chair at Ruby’s for his planned trip back.

Margarita and her son Evan’s (who lives with her now) were devestated by the sudden news.  So please pray for them.  Margarita has had a difficult last year and half losing her sister, daughter and now her brother.  But she is a strong woman, she remains strong.  We celebrated her 89th birthday yesterday with her, even in the shadow of her brothers passing she was full of life.  We had a great time of singing and cake with her, and she prayed for all of us, all the Buzbees, all of our kids, all of us.   It was a sweet time, I will try to add some pictures.

But really I just wanted to let those of you who knew Alvin know that he has passed away.  He is with the Lord now, no more death, no more tears.  We will miss him very much.  Here is a picture of Alvin with Margarita & Daisy before she passed away last year….thank you Becky for sending the photo… 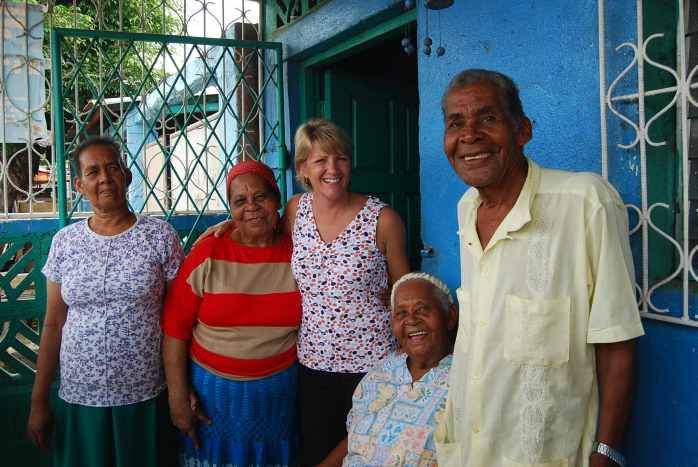