There is a time for everything…

…a season for everything under the sun.  Ecclesiastes chapter 3

This past week was one of those times for reflection.  A couple of events amongst the many that pack our lives caught my attention, because they are on polar ends of the spectrum.  We celebrated the life of Andrews & Hayler from Casa Robles, but also got very sad news about one of the young men in La Chureca that was part of our lives.

Andrews & Hayler are doing so well.  All the boys from Casa Robles came over on Saturday morning and we had a fun pool party to celebrate their birthdays.  They are doing so well.  Both are stars at their school.  Their mom visits them often now that she is out of jail and it is so good for them.  She is trying hard to get her life in order, and she too is so thankful for Casa Robles.  These boys are a part of a big family! 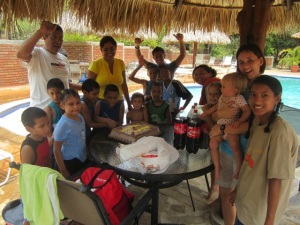 Later in the week we got the very sad news that a young man from La Chureca named Emmanuel had passed away.  Enmanuel was the star student at Colegio Esperanza two years ago.  He graduated first in the class in “cylos” program for older students.  He played on our soccer team and was involved in lots of activities with us including a surf camp we did a few years back.  His life was hard, he struggled with drug abuse, he had been raised in La Chureca, had a “fight for what was his” type of existence.

I want to take a moment to eulogize him here.  Though all the hard things were always present, Enmanuel always had a big smile on his face.  Always it seemed.  He worked hard in school and the staff at Esperanza was like family to him.  He accepted Christ during one of the devotionals at school.  He was one of the guys with something special inside, that got so beaten down by the horrible surroundings.  He struggled over the last couple of years while out of school, and fell really ill just a couple weeks ago with a serious lung infection.  He spent two weeks in the hospital and passed away from heart complications.  His mom spent those days with him and said he was not eating at and was really sad for a week or so, but then one day a pastor visited them and Enmannuel had a time of prayer and reconciliation with the Lord.  He found peace in Jesus and she said it changed him, he began eating again and their last two days together were really good.  His heart failed unexpectedly two days later.  It was so sad to hear her tell the story, but you could see the peace in her eyes.  God met with them in those last days and gave them peace.  Anyone who knew Enmanuel will certainly remember him with a smile on their face, I do. 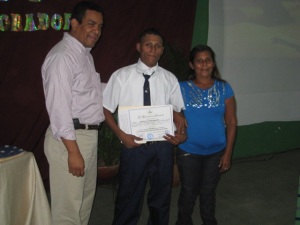 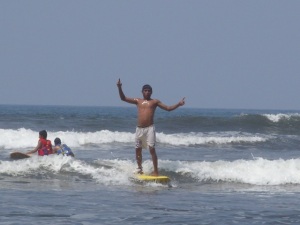 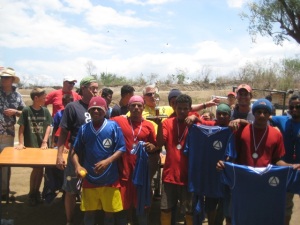