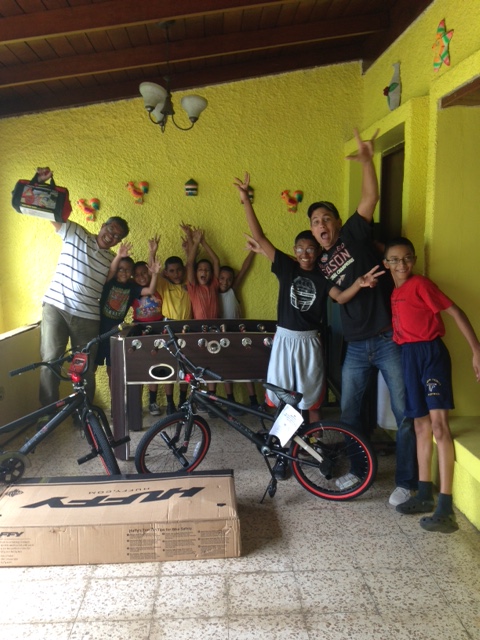 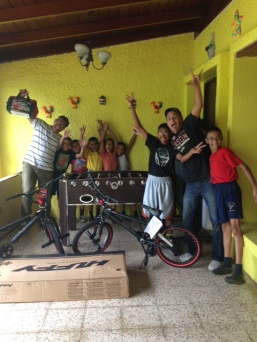 …Fun has officially been donated to Casa Robles!  Thank you to those of you who responded so quickly when we put up the photos a month or two ago.  We went the following week to Pricesmart and as it often goes here in Nicaragua Land everything was sold out.  But then, last week I saw the foosball table again and scooped it up right away.  Then two days ago the bikes were back and we were able to get three of them!  The boys were bouncing up and down today when we delivered the bikes.  Papa Yuri promised to send more pictures of the toys in action but we wanted to share this fun news!

From all the kiddos at Robles….¡MUCHISIMAS GRACIAS!